Below are the known patch notes for Early Access v0.8.3, including hotfixes. Citadel does not include version information on their patch notes, so the listed notes may be incomplete 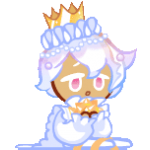